Overtaken by history – writing about epidemics in a pandemic

When I pitched a non-fiction account of the inoculation of Catherine the Great of Russia against smallpox by a Quaker physician from Hertford, it never occurred to me that a book set in the 18th century would be overtaken by events. But by the time my book contract was signed in March 2020, a new and frightening disease called Covid-19 was spreading rapidly across the planet, and Britain was, belatedly, following many of its European neighbours into lockdown. The doors of archives and libraries clanged shut, and my research switched abruptly online, to the – thankfully – digitised collections of the Wellcome Trust, the Royal Society and Imperial Russian Historical Society. Delving into 250-year-old medical treatises, state papers, family correspondence and newspaper reports, heading out only for my allotted hour of exercise, I unearthed accounts of illness, death and the scientific and political battle to tame a (far deadlier) virus that felt hauntingly familiar. My planned historical narrative sprang dramatically to life. 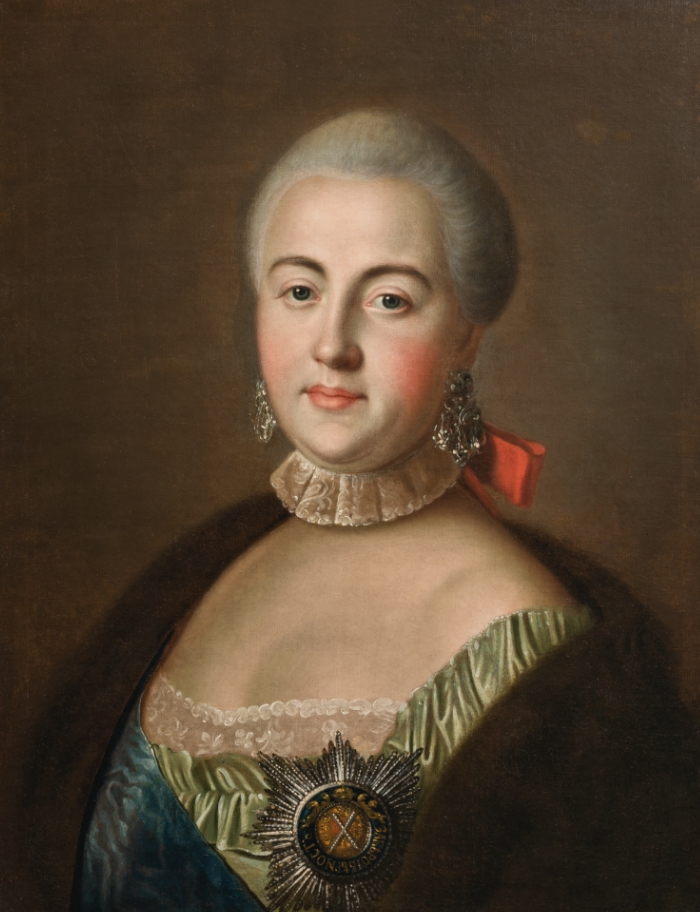 Catherine II’s decision in 1768 to have herself and her son, Paul, inoculated against smallpox, and then to use her own example to promote the contentious procedure throughout her empire for decades afterwards, is a story hidden in plain sight. In the best biographies, such as Simon Dixon’s excellent Catherine the Great, the dramatic events are briefly covered, but the Empress’s extraordinary life and multi-faceted reformist reign leave little space for detail. Elsewhere, the reality of her political achievements is too often overshadowed by invented sexual slurs, still going strong after over two centuries (try typing her name into Google). Yet, in choosing to put her own life on the line in the name of reason and science, she was unique among leaders of either sex.

Inoculation, the forerunner of vaccination, involved deliberately infecting a healthy individual with a minute dose of live smallpox virus in order to induce a mild version of the disease, conferring lifelong immunity. This ‘fighting fire with fire’ technique, long practised in parts of Asia and Africa, had reached Europe from Turkey early in the 18th century, when it was promoted in Britain by another visionary woman who recognised its transformative potential: the aristocrat-influencer Lady Mary Wortley Montagu. While natural smallpox, sweeping terrifyingly across Europe in epidemic waves, killed roughly in one in five of those afflicted (and few of any social level escaped its clutches), inoculation – by the time of Catherine’s treatment – was exceptionally reliable in the hands of experienced practitioners.

Turning to England, the global centre of excellence in the development of the technology, in search of an expert, Catherine recruited Thomas Dimsdale, a well-established 56-year-old physician and author of a new and best-selling treatise, The Present Method of Inoculating for the Small-pox. Rather reluctantly, and sworn to secrecy about the nature of his mission, the home-loving doctor travelled some 1,700 miles to St Petersburg, where he found the Empress highly informed about inoculation and eager to undergo the procedure (‘I even long for the happy day,’ she assured him). Even when his trials on young cadets went badly, Catherine never wavered, pointing out – in true Chris Whitty style – that the data on comparative risk was unequivocal. On the evening of 12 October, she summoned the anxious doctor, who made his way via a private back staircase to her room in the Winter Palace. With a mother of pearl-handled lancet, he inoculated her once in each arm, and both their lives changed for ever.

Thanks to the generosity of the Dimsdale family, in The Empress and the English Doctor I was able to draw on Thomas’s private medical notes and letters, providing a detailed insight into the Empress’s symptoms and recovery as she overcame inoculated smallpox. His reports, together with accounts in Russian archives, also reveal her determined efforts to use her own safe recovery to calm widespread superstition and introduce the technology across Russia. Catherine amplified her inoculation (and her personal courage) through poetry, an allegorical ballet, Orthodox church ceremonies, fireworks, cannon fire and even an annual public holiday. The photo-ops capturing the Covid vaccinations of today’s world leaders and social media influencers seem tame by comparison.

The significance of pandemic leadership was only one of many resonant themes to emerge from my locked-down research. While my book focuses on the meeting and lifelong close connection of the empress and her physician, it also examines the impact of smallpox epidemics on daily life in Britain. The sorrow of families losing loved ones rang down the years, as did the economic pressures placed on communities by measures taken to contain the disease. As my own children Zoom-ed their way reluctantly towards non-existent exams, I read newspaper reports of the closures of 18th-century schools, courts and markets in my own home county of Essex. Smallpox sufferers fought the devastating virus in isolated pest houses, while parishes fretted at the high cost of nursing – and burying – them.

As the Covid pandemic has progressed, and vaccines have emerged to blunt its force, the history of inoculation has come under the spotlight. Too often, though, Edward Jenner is the sole focus, when in reality his historic scientific leap – decisively proving in 1796 that the mild cowpox virus could induce immunity to smallpox – sprang from the little-recognised investigations of Thomas Dimsdale and his fellow inoculators in Britain and beyond. The treasure trove of contemporary scientific documents I pored over online revealed the shift in understanding over the preceding century from a humoral model of medicine, in which smallpox was characterised as an ‘innate seed’ lurking within every individual whose poison the body sought to expel, to a clear recognition that the virus spread by contagion, mainly via close contact between people. That key discovery opened up an extraordinary possibility: the complete eradication of smallpox. Before Jenner had published his landmark Inquiry, a doctor in Chester had sketched out a detailed plan for eliminating the virus from Britain, featuring inoculation and isolation (to prevent cross infection from inoculated patients) enforced by a version of track and trace and underpinned by fines and furlough.

Reading my way through such documents, it sometimes felt as if time was collapsing; and there was more. Supporters of inoculation, from country doctors to such luminaries as Voltaire, regarded the procedure as the only rational response when confronted with the risk of the natural disease. Their arguments persuaded many, but never overcame the resistance of others. The earliest reference I found to the term ‘anti-inoculators’ was in 1722, almost immediately the practice was introduced in England; the successors of those critics make remarkably familiar arguments today.

Writing about inoculation with viruses and vaccination perpetually in the news bulletins allowed me to relate unexpectedly closely to the experiences of our forebears as they battled with disease, as I hope will readers of the book. Dame Kate Bingham, Chair of the UK Vaccine Taskforce, generously described it as ‘A fascinating and beautifully told story about courageous vaccination pioneers . . . with remarkable parallels to the Covid pandemic’. But, in truth, the fundamental themes – leadership, persuasion, the tension between human reason and our deepest fears of what may harm us – are always present. From Catherine II’s uncompromising declaration to her hesitant English doctor that ‘My life is my own’ to the sorrow of parents unable to save a dying child, the emotions of those who went before us are with us still.